Yeah, it's been a month. Been on vacation, chronically ill, preoccupied with work and family issues, blah, blah. But we're starting off another year of looking at the street art of East Hollywood and its adjacent environs.


There's this one muralist who must be a local because I see his signature conical bird characters everywhere. I've had his stuff up on this blog at least 3 times. I'm going to call him the "Birdman of East Holly" (never signs his name).

Just two blocks from where I live is a laundromat on the corner. It's on old Art Deco style commercial building of modest pretension that has been purposed for many businesses since I was a kid through my turning into an old man. It has four segregated panel areas which makes it irresistible as a
"quadriptych" to an artist.

The images that I show here no longer exist. The Birdman has painted over them with new content which I will share at a later date, but these colorful, symbolic, almost mystical images had been there for years. 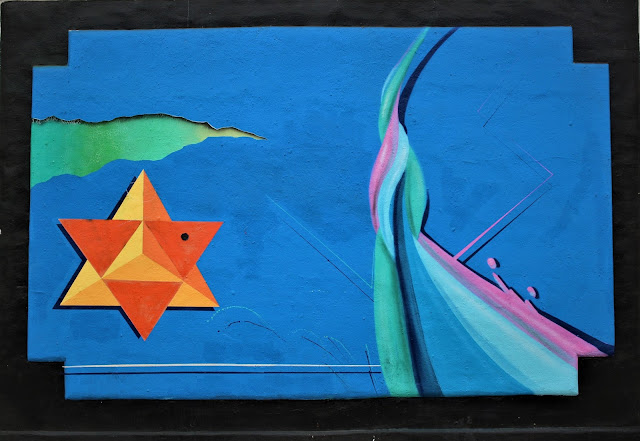 Here we have a torn background, swirls of color, and a 3-D Star of David. 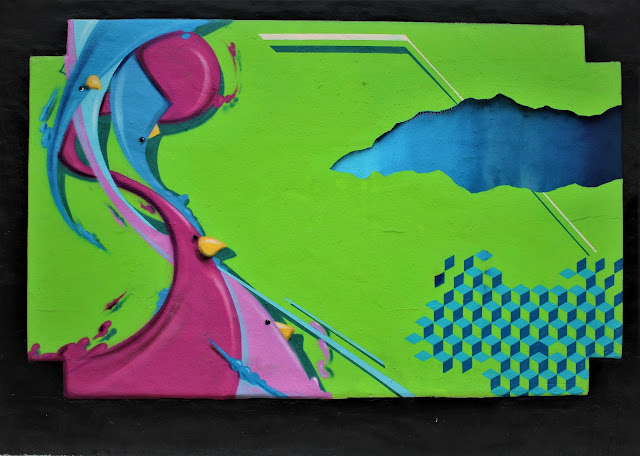 Four more of these crazy birds, the geometric pattern, the torn background continues and framing lines here and there. 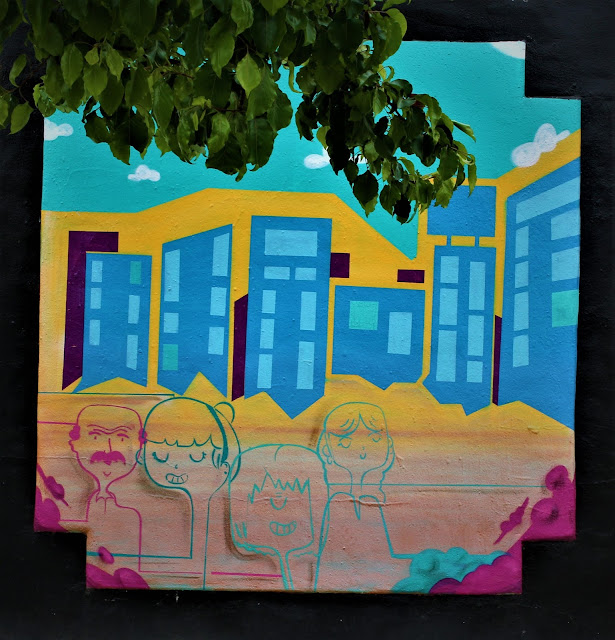 And people in a cityscape of high-rises... By the way, the leaves are not part of mural. 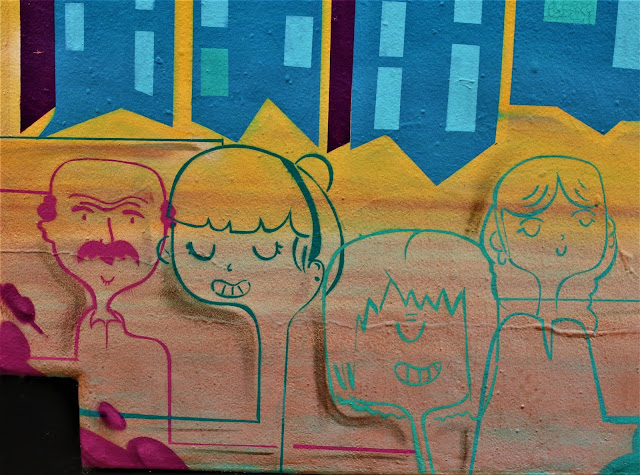 A close-up detail of the citizens. This is obviously a happy town, or we've caught them on a good day.

I think Birdman is something of a neo-Cubist, don't you? I'll trundle on down, snap a few pics, and show you what's there now, maybe next week? We'll see how the schedule shapes up.

Until then, hang in there.