When artists paint things to please themselves and not others, you get some very interesting images. I think this is a good example: 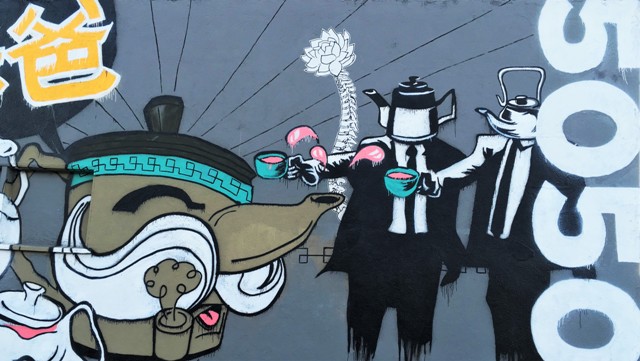 I see the Men in Black with teapots for heads, being served a pink brew snuff out of the nose of a pipe-smoking teapot host, rendered to look (I think) as a friendly, mustachioed, Chinese elder, with a background image of a human spine culminating in a lotus blossom where the head/skull should be.

Did I miss anything? Yeah, sure, this the right side detail of a larger mural, so there are other things. But I'll get to those in a later post (and the location, hint, it's not East Hollywood). I just thought this would be a be nice weird image from the "Out of Bounds" Gallery to kick off your week.

Here's what it looks like on the coast today: 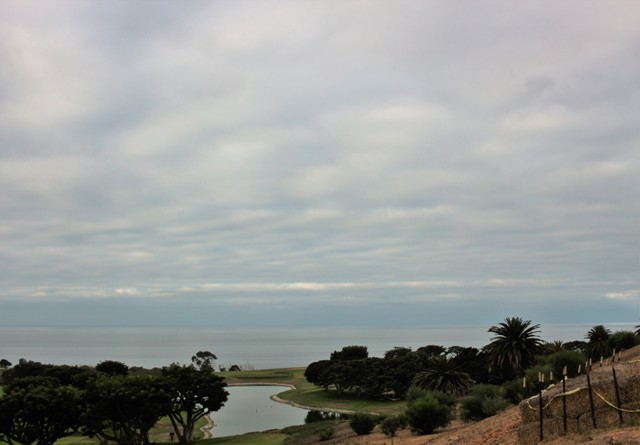 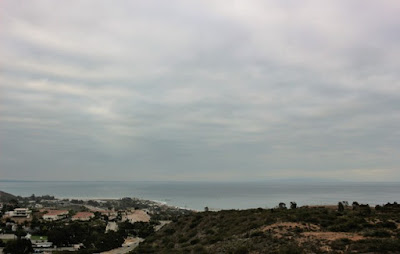 Cloudy and overcast, but interestingly, the camera is capturing a warmness in the sky's color today. It's usually a colder kind of blue. Here's the second look.

I hope you had a nice 4th of July weekend. I got so fully rested that it was hard to fall asleep last night. And not just because of the "bombs bursting in air."

I don't have to go to a show to see fireworks. I just go on the front porch. I live in a neighborhood where people set off fireworks launched into the sky, not just the cones and fountains you set in the street. All totally illegal, and for good reason. You worry about the duds that would fall to earth and set someone's house on fire. You also heard on the news last night that a little girl had her hand blown off somewhere in L.A. You have to be careful people.