It's Christmas Eve Eve in Southern California, and here's the lookout on the coast. 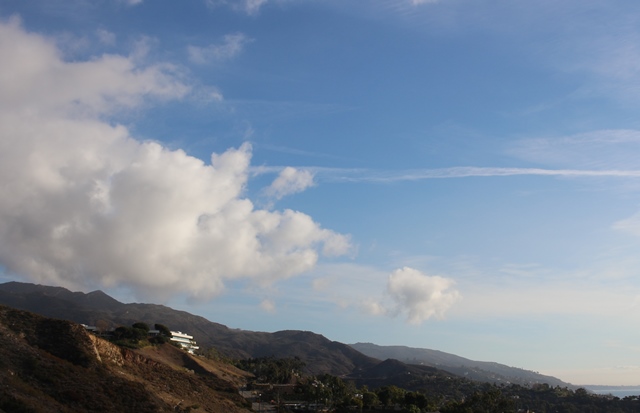 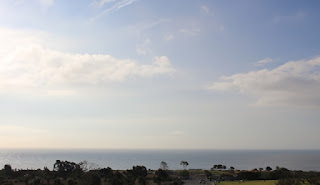 We're taking a look over the hills, reaching into the canyon today, with just a hit of ocean on the bottom right in our main view. This is the basic geography of coastal Southern California past Santa Monica, a series of hills dropping off into the sea, with various canyons draining out into the ocean.

The tectonic plate of the sea floor is descending under the North American continent, causing these hills to rise up and of course, earthquakes happen to relieve tension now and then while this collision of sea floor and continent play out over millennia. 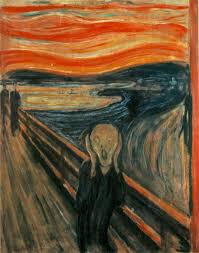 Speaking of the American continental geology, you all know that Yellowstone is just one big ol' North American volcano waiting to blow up one day, right? And when it happens, it'll be curtains for everybody in the Western U.S. But that's OK. A lot of people will be left and they'll get to look at spectacular sunsets and sunrises for at least a year thanks to all the particulate matter.

A lot of people think the Fauvists artists of the 19th century just went crazy with orange paint because they could.  But geologists think they painted crazy orange sunsets because, thanks to extremely active volcanoes at the time, the skies WERE crazy orange.

Geologists just wonder whether that will happen first, or will Mt. Rainier erupt and destroy Seattle and Portland first. I'll bet on Rainier but nobody's taking bets.

But enough of that. I'll stop thinking about tomorrow because I'm an old fart not long for this world anyway. Let's do end that cheery note as I depart for a long Christmas holiday until January 4. So, Merry Christmas and a Happy New Year!